Breeding alpacas since 2004 our resident alpaca herd has now grown to over 300 alpacas. We breed alpacas of all colours mainly for their wool, but are also selling breeding stock, herd guards and pets as well as therapy animals. We offer stud services, alpaca husbandry advice as well as shearing courses.

Alpacas, llamas, guanacos and vicunas form the group of South American camelids, also called the New World camelids. They are related to the Bactrian and Dromedary camels in Asia and Africa.

Alpacas originate from South America, mainly Peru, Chile and Bolivia, but also Argentina. By now they have been imported into the USA, Europe, Australia, New Zealand, China, and in 2000 into South Africa. Here in South Africa the South African Alpaca Breeders Society was founded with meanwhile 50 breeders joining.

Their size and low maintenance requirement compared to other livestock make them ideal for smaller farms and smallholdings. They don’t bite or butt. Spitting is one of their few defensive abilities. It is usually something that alpacas do to establish dominance over other alpacas, rather than to humans. Confused or frightened they rather lie down. They are clean and inquisitive. And offer every year a clip of superb fleece.

In Australia many of the males not used in breeding programmes are sold as herd protectors. They run with sheep and prevent losses from predators such as jackal. This is a good alternative here in South Africa, especially with the new conservation laws.

Height: Around 1 m at the withers

Colors: 22 natural colors: white through fawn, brown, grey to black with many variations and distinctive markings. There are 12 registered colors in South Africa.

Shearing: Once a year, yielding up to 4 kg per head in 5 different qualities

Use
– Fleece: Wool production: Alpaca fleece from a good-quality alpaca is some of the finest and lightest in the world. Younger animals produce the finest fleece.
Silky soft to touch – Warmer and less irritating than wool or mohair – Shiny and attractive
– Guard  animals for sheep
– Pets – A pair of gelded males is best if you are not intending to breed

Easy on  ground as feet are padded 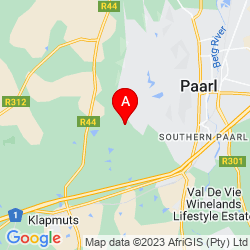